All over Ireland, every night of the week, talented musicians are taking to the stage. And there is nothing nicer than being out for a night and feeling like you have just discovered an up-and-coming band. Or that you have chanced upon an established star doing an impromptu concert as they try out new material. We have lots of gigs listed on www.inspireme.ie and here are some of our favourites. So grab your mates and head to one of the top music venues that Ireland has to offer.

Every Sunday night in the Dingle Whiskey Bar on Nassau Street in Dublin, Monaghan based folk/rock singer and songwriter Barry Jay Hughes makes an appearance. Playing his own material from his latest album “Live and Honest” and some of his favourite covers, this is the perfect way to finish your weekend, and maybe to sample a whiskey while you are there. 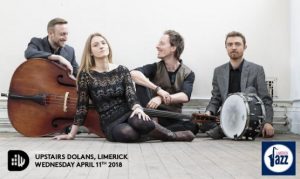 Dolans of Limerick is one of Ireland’s top music pubs and is famous for its gig lists. And on 11th April Aoife Doyle and her band will be making an appearance. This critically acclaimed band have released two albums, including the most recent, “Clouds”. Jazz, folk, country, bluegrass or blues are all within the repertoire of this talented band 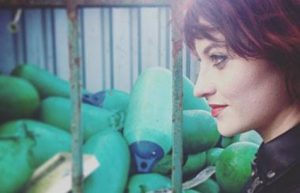 Ailie will be making her Whelan’s debut on Sunday 8th April. This Leitrim singer-songwriter will be treating us to the best of her album “West to the Evening Sun”. Described as experimental folktronica, she turned heads at the recent Templebar Tradfest. She is supported on the night by Junior Brother. Whelans of Wexford Street is a must for anyone in Dublin who loves music – amazing line-ups and a fantastic atmosphere.

Friday 13th is guaranteed to be lucky for any one in Galway who can make it to the Roisin Dubh to see Donegal’s Little Hours take to the stage. Playing to sell-out shows across Ireland and the UK last October, you will want to be able to have this indie gig in your repertoire of ‘nights when I was there’.

Or for those who prefer piano to rock why not head to Fumbally Stables to see pianist Francesco Turrisi for the Album Launch of Northern Migrations. Featuring original solo piano compositions and improvisations, this top Italian musician is sure to delight.


For those of you in Cork Sara Ryan will be in the White Horse in Ballincollig on May 10th. Her debut single “Belle” was voted “Best New Single” on Dublin City FM last year. This Kildare-born songwriter has made Cork her home. Her unique voice is a welcome addition to the Irish Folk Music scene. Be sure to put this date in the diary.

Last but by no means least, American composer and performer Kaitlyn Aurelia Smith will be performing her debut Irish Show in the Sugar Club on Leeson St on 10th April. Having released her sixth album late last year, there is an extensive back catalogue to perform. This is a unique and intimate venue, a night not to be missed.


These are just a few of the many musical treats in store over the next few weeks. All details were correct at time of going to press, be sure to contact local organisers before you travel.